What came first, wildlife, or wildlife tourism? That's a no-brainer as far as I am concerned. It was much after this that the tourism guys came in, attracted by easy pickings.

Even today, virtually no wildlife destination truly shares its wealth with the people living around reserves, nor do lodges actually help finance


For the thirteenth straight day, BP's blown-out oil well in the Gulf of Mexico spews out a heartbreaking 200,000 gallons of oil PER DAY. As if this stark fact weren't bad enough, the oil slick, which is a prominent feature in photographs taken by satellites in space, is spreading at peak bird migration and sea turtle nesting

Sharing an exciting incident that took place in the Kuldiha Wildlife Sanctuary in Orissa in the month of February:

There was high drama in the Kuldiha Wildlife Sanctuary in the Balasore district when, early on the morning of 8th February, at around 3 am, a pair of tigers started 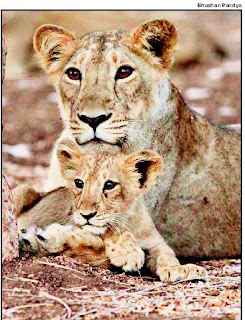 Increased numbers, improved sex ratio and more areas conquered - the lion king is healthy and prospering in Gujarat. Chief Minister Narendra Modi declared the lion census figures of 2010 on Sunday which showed that there were 411 of the big cats in Gir sanctuary and surrounding areas. This was a jump of 52 over the previous

The plight of the tiger is well-documented: Its slipping fortune from a healthy 40,000-odd at the turn of the century to an alarming 1,400 currently; the loss of over 80 per cent of its habitat since then, and the relentless slaughter first for pleasure and trophy; now for rugs and robes and an apparent cure for impotency.

The 2010 census has found 74 lions in the revenue areas of Amreli, Bhavnagar and Junagadh.

Forest department officials said that the figure could have gone up to about 85-90 as those in the revenue area around Sasan were included in the count for Gir National Park. They said the state government is in process of developing new 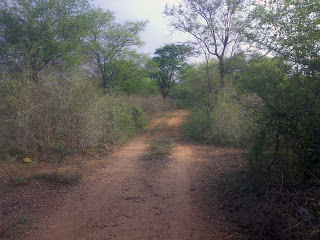