An awareness initiative undertaken by Greenpeace India to commemorate Earth Day has attracted the wrath of Congress in Kolkata.

With municipal elections around the corner, state Congress leaders allegedly forced bill board firms to pull down the hoardings that portray an apologetic Manmohan Singh

We are all farily familiar with the problems facing our wilderness and wildlife. It is time that we concentrate on and contribute to the solutions, not just the broad principles but the specifics.  I also believe that effective conservation can only be achieved by a joint effort from the government, the NGOs and the citizens.

Gujarat will start counting the number of lions in the wild on Saturday. And, from all accounts, the results of the census, which will take about a week to tabulate, will bring cheer to Gujarat on its Golden Jubilee. 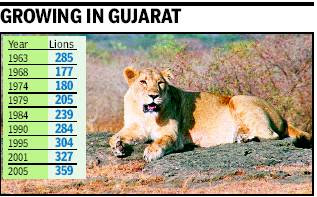 After living all their lives without electricity, maldhari community of Jambhutala has found light in solar energy. Jambhutala is an interior village in Gir sanctuary and will be first to be installed with LED-based solar lighting system. The village has around 61 households.

A report from the Field Director of Sundarban Tiger Reserve late last night says --
The department has retrieved radio-collar from the forest floor at around 13:45 hrs off the Dhonakhali. This is the collar that was fitted on a Tiger that had entered a village on February 22nd & was rescued. This Tiger was release in the

New Delhi: With the disappearance of the magnificent Great Indian Bustard, this Earth Day was a glum occasion at the Karera sanctuary in Madhya Pradesh. 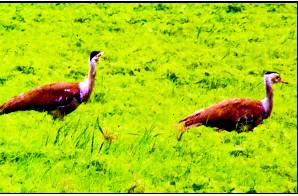 Following the Centre's recent approval of a state government's proposal for denotification the area, comprising nearly 32 villages, would be set free for villagers to carry out

It is vital that environmentalists and the media also focus on the problems with respect to agriculture in India, particularly in relation to water supply. More than 60 per cent Indians live in rural areas and depend on agriculture for most or part of their income. India has only four per cent of the world's water resources and

I saw an Aircel "Save The Tigers " hoarding about a month back. It made an instant impression. The image was lovable and moving and it hurt. im ashamed to say that i got caught up with work and life and did not do anything about it. Then very randomly at work i came across an excersise book that had a tiger on it with the line